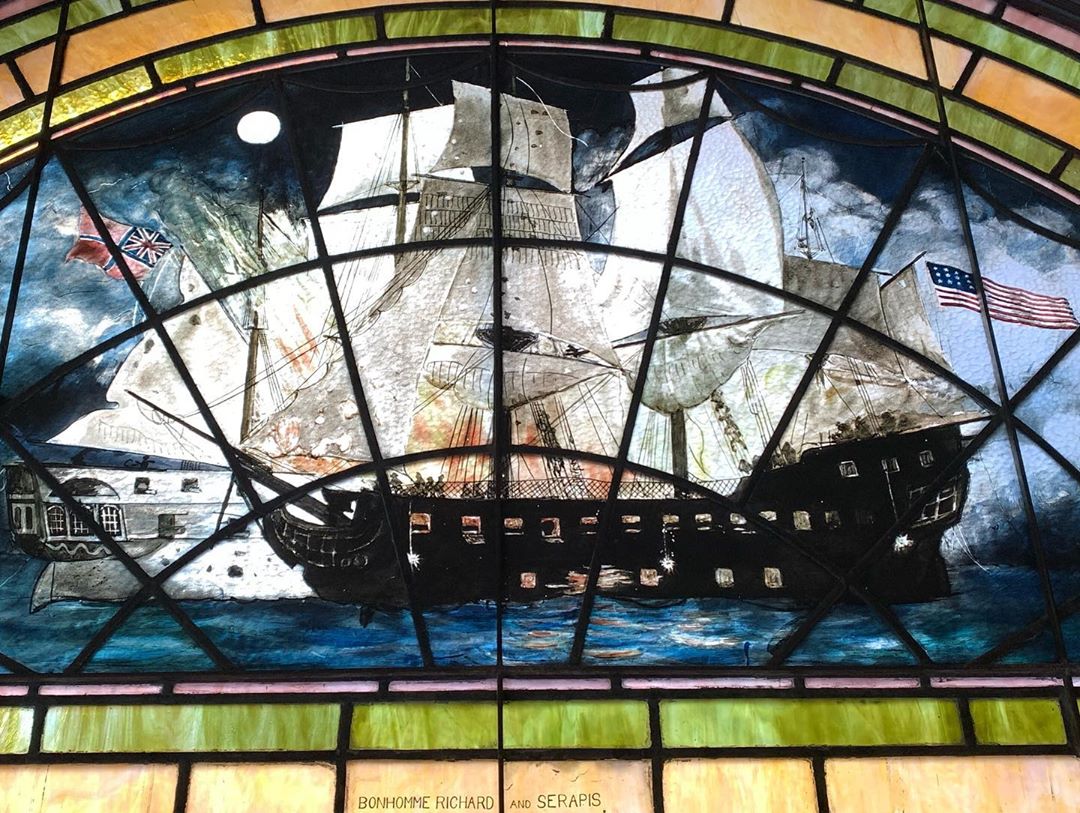 "On September 23, 1779, Captain John Paul Jones fought a battle without parallel in naval history. Hitherto the contest upon the sea had been mainly a predatory warfare of privateers, aimed at the destruction of commerce and the plunder of merchant vessels. The young republic was without a navy proper. Called 'Pirate Jones' by the English, for retaliating on the coast of England for the atrocities committed on the coast of America, the captain of the Bon Homme Richard gallantly refused the sword of the surrending captain of the Serapis — but did take his ship."

"For years, the prim, exclusive Union League was a mainstay of elite society in New Haven. It attracted men of wealth and prestige from the most proper New England stock. With changing values and declining fortunes, however, the league gradually became more of a memory than a social institution, and seven years ago, its gray… END_OF_DOCUMENT_TOKEN_TO_BE_REPLACED