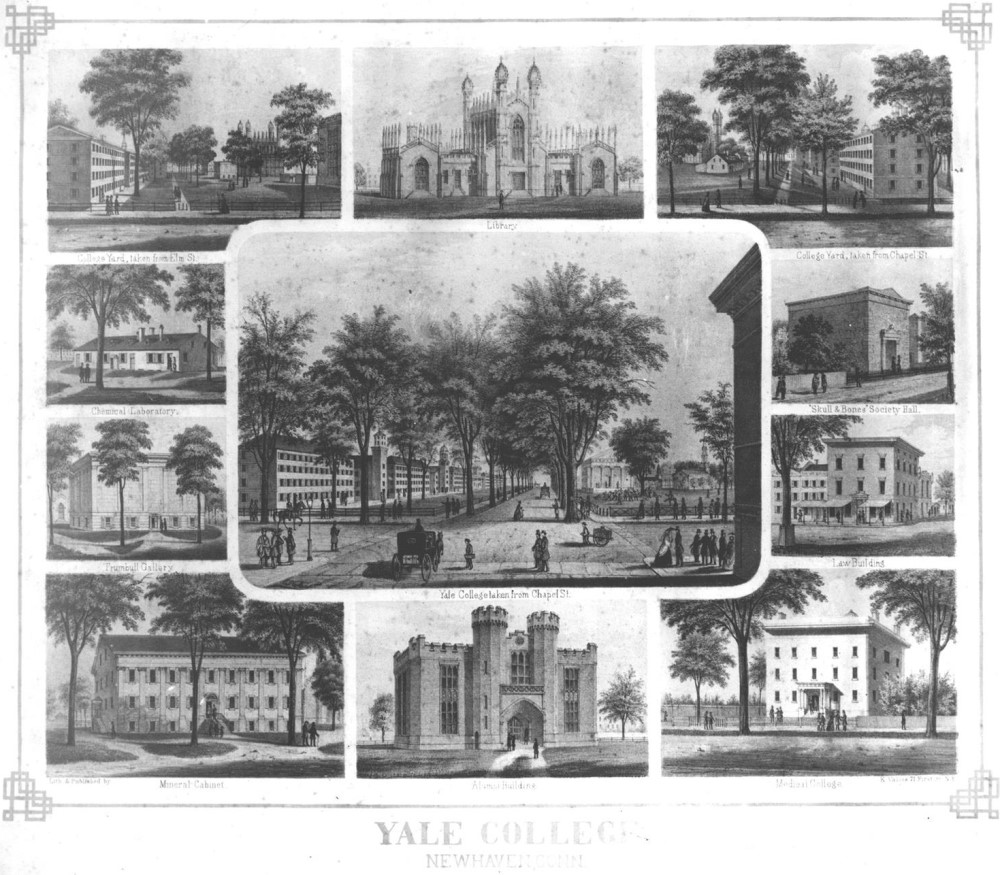 “Surely a town founded in Texas in 1850 and named Athens is no stranger to grandiose historical claims. Still, a bill introduced by Betty Brown, a member of the Texas House of Representatives, declaring Athens ‘the original home of the hamburger’ seems awfully foolish, especially to those of us here in New Haven, home to Louis’ Lunch, true birthplace of the hamburger sandwich. And though it would be easy to make a case for more pressing concerns, I am glad that Mayor John DeStefano Jr. has taken the time to defend New Haven’s claim on national television.

The facts of the case have been certified by the Library of Congress: Louis Lassen, who founded Louis’ Lunch in 1895, was the first person to put ground steak between two pieces of bread (the hamburger bun had not yet been invented — the restaurant still serves its burgers on toast) and thus altered the course of American culinary history. He did that in 1900. Athens, which also claims to have ushered in the ‘modern age of the black-eyed pea euphoria’ (whatever that means), can trace its claim to the hamburger only as far back as 1904.

Those facts may be well known, but as the city dusts itself off from the implosion last Saturday of the monolithic New Haven Coliseum, built in 1972 as the capstone to the city’s nationally recognized urban renewal program, it is worth remembering the Lassen family’s role in preserving an earlier era in the city’s history.

In the 1950s and 60s, redevelopers bulldozed hundreds of acres of tenements, small stores and city neighborhoods in the name of slum clearance. Louis’ Lunch stood in the way of a proposed high rise, but Mr. Lassen’s grandson Ken Lassen Sr. (who at 89 still samples the beef raw most mornings to ensure its quality) refused to make way for the wrecking ball. After years of wrangling and, rumor has it, the quiet intervention of some high-ranking federal officials, Ken convinced the city to relocate the Louis’ Lunch building to its current home.

The trouble was, the structure shared its fourth wall with a 19th-century tannery building that, like so much of the rest of downtown, was scheduled for demolition. In its new location, the lunchroom would need to be partially rebuilt.

Ken was prepared. He had watched the residents and store owners of downtown New Haven get evicted, their buildings taken by the city through eminent domain. After the bulldozers came, he wandered through the streets, collecting from the rubble one brick from each demolished business — one brick, he’ll tell you, for every tear that was shed.

He rebuilt Louis’ Lunch from the remains of a past that the city planners thought was obsolete. Old-timers in New Haven still come to Louis’ Lunch so that Ken can point out a brick from their building. It’s not a memorial, exactly, but the pieces of old memories reconstructed into something new.

Today, we recognize urban renewal as a sad period in our city’s history. We can respect, even envy, the bold optimism that earned New Haven the nickname the Model City, but we reject the Modernist supposition that new buildings alone would fix all urban problems. The city planners’ top-down view, divorced from what all those places meant to people, was no way to see what needed to be fixed or what did not need fixing in the first place. We mourn what was lost.

It is right for the mayor to stand up for Louis’ Lunch and the Lassens now, because the city owes them one. Ken knew, long before City Hall seemed to, that cities are made by men and women, every day, their significance built out of the memories that give the bricks of the city their meaning.

When interviewed recently about the dispute over the home of the hamburger, Jeff Lassen, Ken’s son, said it wasn’t about business, it was about family and history — ‘and we know we’re right.’

Let us not stop defending our city’s history. Let us not stop boasting of Eli Whitney and his cotton gin, of A. C. Gilbert and his Erector Set, or of how Buffalo Bill Cody carried a Winchester rifle, built with pride in New Haven. Let us not even stop boasting about how New Haven native Charles Goodyear invented the rubber tire, even though it was by accident.

And for the love of everything good, let us not stop boasting about those landmarks that need no memorials, because they are still alive and with us. Let us celebrate Frank Pepe’s pizzeria, which still turns out the thin-crust pizza it perfected more than 80 years ago. Let us celebrate also Yale University, founded by New Haven residents in 1701. Let us rejoice about ground beef, cooked in century-old vertical ovens, served between two slices of toast with tomato and onion and served here, first. And let us rejoice in the city we have made and sustained for ourselves and one another.

In other words, we appreciate Ms. Brown’s sentiment, but Athens needs to find its own thing.

Andy Horowitz, a lecturer in history at Yale, is the director of the New Haven Oral History Project.“
-Excerpt courtesy of the New York Times, Opinion, “Our Beef With Texas,” by Andy Horowitz, January 28, 2007. Images courtesy of the HathiTrust Digital Library, Yale University, The New Journal v. 39, no. 2, “Hamburgl’d: An Internet Poll Robs Louie’s Lunch of Its Crown,” by Laura Zax, October 1, 2006