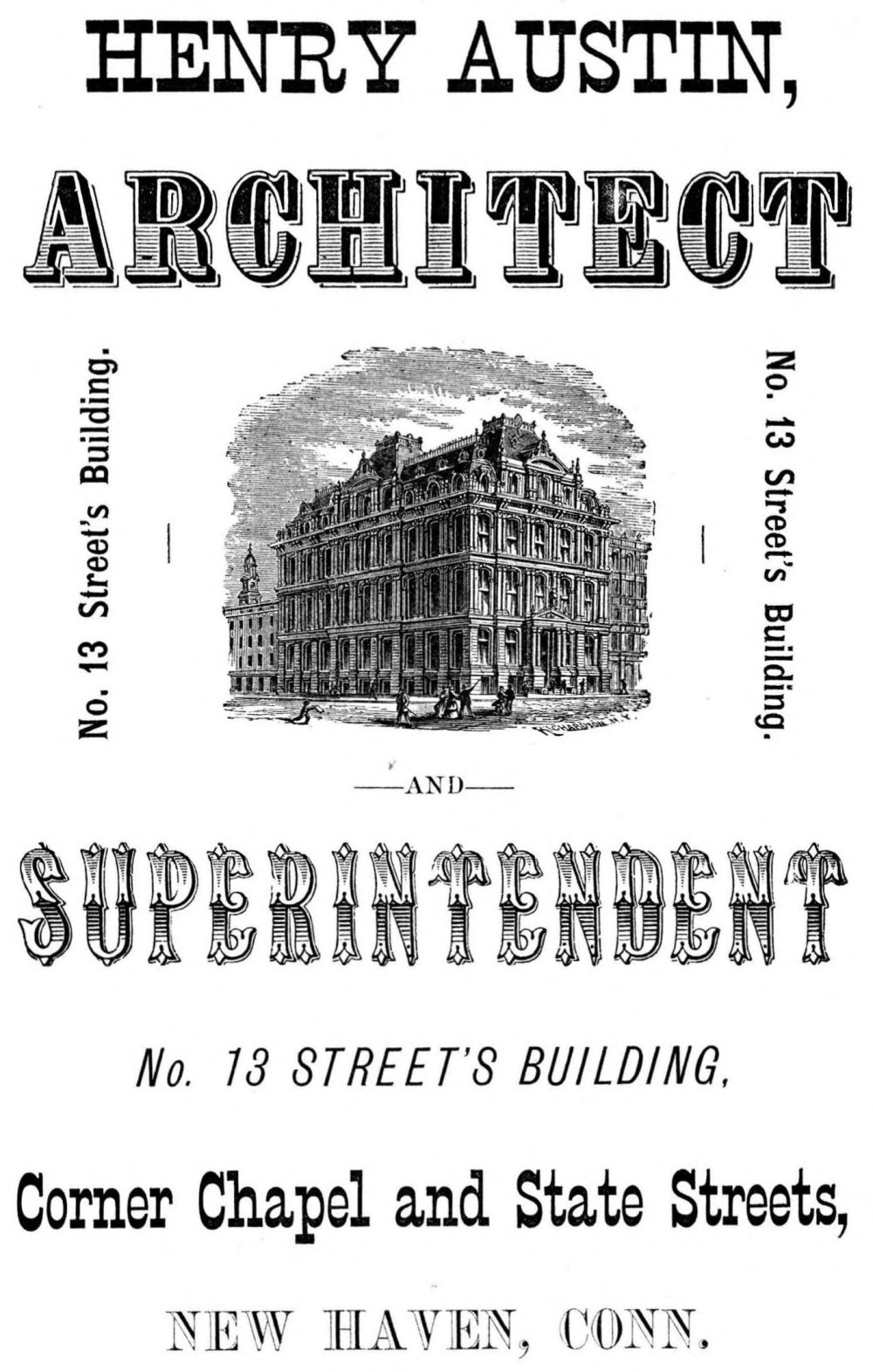 “In October 2007, while dining in the Clubroom at the Union League Café, John Kiley took an impromptu photograph of his wife, Sandra Kiley, with the British new wave group, Duran Duran. The band played two warm-up performances at the Chevrolet Theatre, in Wallingford, Connecticut, before debuting their latest album with a string of shows on Broadway.”
(top) -Image courtesy of John and Sandra Kiley, “Duran Duran and the Kileys in the Clubroom,” October 2007

Duran Duran Tunes Up In Wallingford

“In two days, Duran Duran will invade the land of hoofers and jazz hands and begin a run of shows on Broadway. To prepare for this unusual booking and ensure its act is worthy of doing battle with ‘Wicked’ and ‘The Lion King,’ the band rented out the Chevrolet Theatre in Wallingford for a pair of full-audience dress rehearsals.

Sunday night, at the first of the two warm-up gigs, the group tested lighting schemes, video cues, and fans’ patience, putting on an uneven show that was as much for its own benefit as anyone else’s.

After taking the stage more than an hour late, Duran Duran opened by playing its forthcoming album, ‘Red Carpet Massacre,’ from start to finish. The group will do likewise in its New York City shows, and while it’s refreshing to see a veteran band so excited about new material, a straight hour of unfamiliar music seems an unnecessary gamble.

It’s one that paid off as often as not, as ‘Massacre’ finds the glossiest of all ’80s synth-pop outfits updating its sound. Nearly half of the album was produced by hip-hop tastemaker Timbaland, and tunes like ‘Nite Runner’ and ‘Skin Divers’ feature the same throbbing keyboards and robo-funk beats that have spelled smash for Justin Timberlake, Nelly Furtado, and even Britney Spears.

Despite plenty of opening-night misfires and false starts, the group held it together on most of the new songs. ‘They’re getting the usual new-album reaction,’ lead singer Simon Le Bon said of the tunes, perhaps realizing the error inherent in the band’s approach.

It wasn’t until the final third of the show that the audience gave the musicians what they were looking for, as Le Bon led the band — missing only one long-time member, guitarist Andy Taylor, who quit last year — through a string of hits, including ‘Notorious’ and ‘The Reflex.’

Down in front, women who worshiped Le Bon as teenagers sang along with close-eyed abandon, presumably glad to revisit 1985, even if it meant a lengthy detour through the here and now.”
-Excerpt courtesy of Newspapers.com, The Hartford Courant, “Duran Duran Tunes Up In Wallingford,” by Kenneth Partridge, October 30, 2007

“On Sunday, [October 28, 2007,] Duran Duran had its first off-Broadway tryout, in Wallingford, Conn. There were the usual technical difficulties, the show started an hour late, and not all the critics were kind. (‘The group tested lighting schemes, video cues and fans’ patience,’ Kenneth Partridge wrote in The Hartford Courant.)

Still, on Thursday, [November 1, 2007,] more than 1,000 fans streamed into the Ethel Barrymore Theater on West 47th Street, where the 1980s pop dandies are now in the midst of a nine-night stand. Their first Broadway run comes complete with the usual theatrical trappings, like Playbills, intermission and marquee billing promoting the band’s about-to-be-released album, ‘Red Carpet Massacre’ (Epic).

‘We just wanted to see it up there in big letters,’ Nick Rhodes, the keyboardist, said earlier this week in a group interview in Epic’s Midtown offices. John Taylor, the bassist, added that a Broadway show was such a long-held Duran dream that even the program was exciting; Simon Le Bon, the lead singer, wondered what they would do for intermission. (Order drinks, said Roger Taylor, the drummer.)

Admittedly, they’re a little old to be Broadway babies. Early MTV darlings whose videos for ‘Girls on Film’ and ‘Hungry Like the Wolf’ were in near-constant rotation, Duran Duran has performed in various incarnations almost continuously since 1980; the five-piece original lineup reunited in 2003 for a successful tour, just in time for the ’80s revival in music and fashion.

Like most rock veterans, the group has also suffered from excess and infighting. Andy Taylor, the guitarist, defected just before ‘Red Carpet Massacre’ was made. (None of the Taylors are related.)

But the four remaining members’ excitement about their New York residency and their new album is as palpable as any ingénue’s. Though the Broadway run doesn’t have a director, the record did: Timbaland co-produced three tracks. His signature sound was also brought to more songs by a protégé, the producer Nate Hills, known as Danja. And Justin Timberlake, another Timbaland acolyte, co-wrote and helped produce the ‘SexyBack’-ish ‘Nite Runner.’ That song, and the single ‘Falling Down,’ about public humiliation, combine synthy new-wave pop with Timbaland’s head-bobbing beats. The album goes on sale Nov. 13, the day of the group’s final show at the Barrymore.

‘We feel that our audience, who have been on this four-year-reunion, greatest-hits ride, were really ready for something kind of experimentalist,’ John Taylor said.

The group met Timbaland several years ago at the music industry’s version of a trade conference, an awards show. ‘We’d been courting each other for years,’ John Taylor said.

In 2003, when Duran Duran received a lifetime achievement honor at the Brit Awards, Timbaland showed up unexpectedly at a party after the show. ‘He came with all these bodyguards, and I think that was a statement of intent’ that he wanted to get together, Roger Taylor said.

In an e-mail message, Timbaland said he had been a fan of the band since its early days and welcomed the chance to ‘vibe with them.’

Duran Duran will perform the new album in its entirety every night of the Broadway run. The title and theme the perils of celebrity life are underscored by a red carpet, complete with paparazzi-style photographers, outside the theater. The second half of the show features what the band calls an ‘electro set’ (like an acoustic set, but plugged in) and, finally, a delayed-gratification retro section, with hits like ‘Rio’ and ‘Ordinary World.’ (Piping obscure covers of these ’80s staples into the theater pre-show is the band’s way of teasing its especially obsessive fans.)

‘The idea that celebrity seems to be the holy grail now for so many young people is quite frightening and sad,’ Mr. Le Bon said, adding that the inspiration for the celebrities-gone-wild concept was easy to find, both in popular culture and in the group’s own experiences. (‘Do you want me to list all the times’ he’s messed up, he asked, though he used a word more attuned to a rock star.) A video for ‘Falling Down’ riffs on the idea of model types in rehab. One version caused a small stir in Britain because it showed bare breasts.

Known as pretty boys even among the flouncy ’80s Brit-pop set, Duran Duran favors skinny jeans and mussed hair; Mr. Rhodes still wears eye makeup. But the men, most of whom are now married with children, have also mellowed into middle age. Mr. Le Bon’s shirts are tucked in. John Taylor sometimes takes a back seat to his wife, Gela Nash-Taylor, a founder of the Los Angeles fashion line Juicy Couture. They all make a lot of puns.

And they took a circuitous route to make ‘Red Carpet Massacre.’ In 2005, the group recorded a different album, with the working title ‘Reportage.’ Politically motivated, it was ‘indie rock, quite angry,’ Mr. LeBon said.

It was, John Taylor added, ‘our misunderstood masterpiece.’

But the label wanted more singles, so the group returned to the studio. Enter Timbaland, ‘the only producer we could agree on,’ Mr. Rhodes said. They planned to record three new songs for the existing album, but Timbaland’s method was so game-changing, and the results so pleasing, that the group decided to start from scratch.

‘Working with these hip-hop producers, we had to write songs faster than we’ve written them in 20 years,’ John Taylor said. ‘And unknowingly we were just grabbing into the zeitgeist in a way that we would not have normally done. I think as a result we got something that was a little bit more of the moment.’

The departure of Andy Taylor, the guitarist, was also instrumental, the group said; he had taken part in ‘Reportage’ but was gone by ‘Red Carpet.’

‘He had a different idea of how he wanted the band’s career to go, and the four of us had the same vision and we’re prepared to do anything to get there,’ Mr. Le Bon said.

Though the group won’t rule out another reunion, relations are chilly. Andy ‘doesn’t like leaving the island of Ibiza,’ where he lives, John Taylor said. (Attempts to contact Andy Taylor in Ibiza were unsuccessful.)

As for ‘Reportage,’ ‘it’s in the deep freeze,’ Roger Taylor said.

‘Next to the turkey,’ Mr. Le Bon added. But he said he expected it to be released someday. ‘We’re not so prolific that we can afford to keep a whole album sitting in the fridge.’

Roger Taylor mused: ‘Staying in the game when you’re a sort of artist, or whatever it is we are, it’s like holding on to something but without being, like, a Peter Pan about it. You could meet a lot of musicians that came out at the same time as we did from England that are still locked into this idea that was created in 1982, and they still wear the same clothes and they have the same hairstyle and their dialogue is pretty much the same. And we flow, we really do. We’re not quite in 2007, but we’re not in 1982 either.’

John Taylor added: ‘Maybe 2005,’ and they all laughed.”
-Excerpt courtesy of The New York Times, “Duran Duran Continues Its Revival With a Debut on a Broadway Stage,” by Melena Ryzik, November 3, 2007