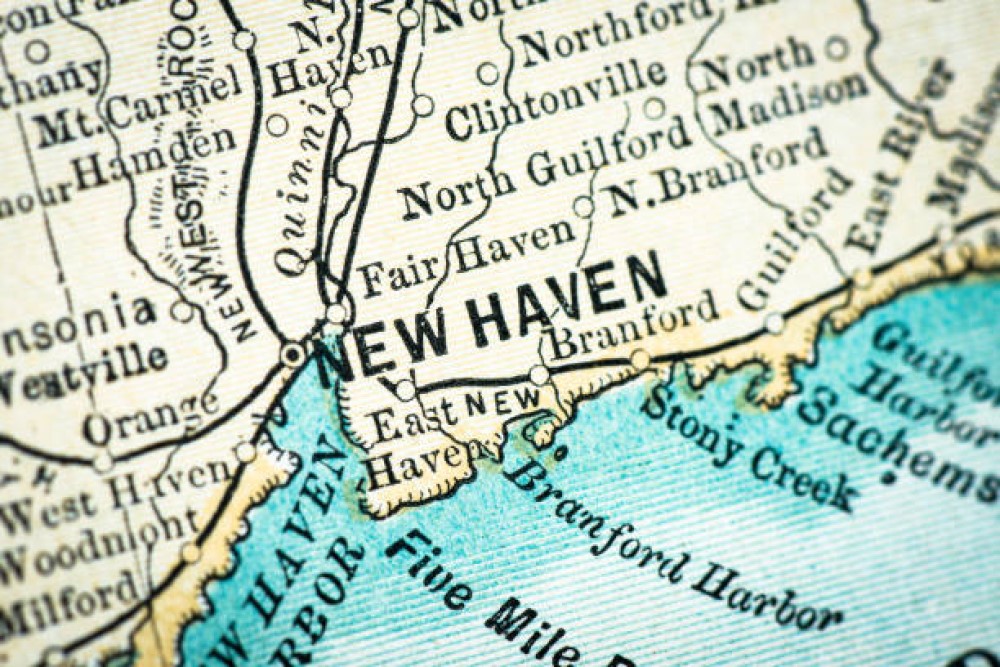 “‘Mama Jo,’ comes the whisper from under Jo McKenzie’s open office window at the State Capitol.

McKenzie throws open the sash, and there are Capitol lobbyist Paddi LeShane and Lt. Gov. M. Jodi Rell’s aide Lisa Moody calling out what has become McKenzie’s endearing nickname. They want to make sure she knows about Rell’s birthday party that week.

Of course, she knows. McKenzie knows pretty much everything that goes on around the Capitol.

At 70, she shows no sign of slowing down and vows never to retire.

She’s been in politics ever since she was old enough to slip a pamphlet in a mail slot. She has achieved the highest ranks of Connecticut Republicans, being the first woman elected chairman of the state Republican Party. She was the first woman in the United States to chair a state finance committee. She’s been a prominent member of the Republican National Committee and has run prestigious events on the state and national levels.

And now, McKenzie runs the Rowlands.

Her titles are ‘senior aide’ to Gov. John G. and Patty Rowland, ‘executive director of the residence’ and ‘chief of protocol.’

When there’s an event at the residence, McKenzie handles every detail, from the invitations to the menus and from the wine selections to the table settings. When the eastern premiers of Canada and members of the . New England Governors Association came to Hartford last year for a candlelight dinner in Waterford, McKenzie was in charge. When Rowland had his two inaugural balls, McKenzie ran the show.

The Rowlands shy away from talk about another term for the governor, especially since he hasn’t even announced his candidacy. But McKenzie has ‘a wonderful gut feeling’ that the governor will win again. So she’s already musing about improvements to the inaugural, which last time she moved from outdoors to the rotunda of the Legislative Office Building much to the approval of those who dislike frostbite.

‘Win, lose or draw,’ she says. ‘It’s time to start.’ McKenzie’s loyalty to Rowland runs deep. She was close friends with U.S. Rep. Stewart McKinney (‘He and I were like brother and sister’), and when Rowland went to Washington, McKinney said to her: ‘You watch him. He’s going to go nowhere but up the ladder.’

The affection and respect are mutual.

‘For me, not only is she a personal friend and a stand-in mom; she is my strong arm in my job,’ Patty Rowland says. ‘She’s a human shield for us, very protective of us. Both John and I hate to say no, and sometimes we overextend ourselves. She knows the fine line we walk between private life and public life.’

It would be easy to explain the ‘Ma’ nickname as nothing more than the affectionate place she holds in the family and how she feels about them. (‘I have three girls. Patty Rowland is daughter No. 4. John Rowland is the son I never had, and I don’t care who I say it to.’)

But there’s actually a story.

McKenzie was crowned ‘Mama Jo’ a long way from her friends at the Capitol. It was about 10 years ago, and she was in Taipei with the Republican National Committee. It was Confucius’ birthday. The streets were filled with children, and they took to her.

‘I was affectionate with them, and because I had gray hair, they called me mama,’ she says. Thus their Taipei guide, Leo Lee, dubbed her ‘Mama Jo,’ and boy, has it stuck.

McKenzie has that same magnetic effect on people, from children in the street to discriminating gourmets to political bigwigs.

The governor clearly treasures McKenzie, as a personal note taped to her computer can attest: ‘MaMa Jo, It was great to be with you on the trail. Luv, The Guv.’

Still, Rowland enjoys teasing her. It’s one of his ‘charms’ that he exercises on many people. Because McKenzie is the oldest person in his administration and an old and dear friend, he jokes a lot about her age.

‘Don’t think I don’t give it right back to him,’ McKenzie says. ‘I like to remind him that he, too, is a little older these days. And when he’s 70, maybe he’ll think, ‘Maybe I was a little rough on her.”

McKenzie recalls being at a formal event and the governor was making fun of the draped folds of her gown: ”Patty Rowland’s gown was designed by Madonna, and Jo McKenzie’s was designed by Curtains R Us.”

Actually, McKenzie is known for her distinctive and sharp sense of fashion. She buys all of her clothes from one designer, Michelle St. John of New York City, whose boutique clothing bears the label ‘Ona.’ It’s easy to wear, easy to travel with, and most of all, it suits McKenzie’s flashy yet tasteful style. She owns about 30 pairs of eyeglasses, and she adores big costume jewelry.

Her hairdresser, Matthew Phillips of West Hartford, who styled her tresses back when she had big Republican hair, and again now that she has stylishly short Republican hair, says, ‘You always know she’s in the room.’

The ‘ma’ in Mama Jo could just as easily stand for ‘magnetic’ or ‘maverick,’ certainly magnanimous, because Jo McKenzie, born in Hartford as Jo Perrier 70 years ago, is all that.

Her magnetism was obvious from the get-go to Bob McKenzie, who first spotted her more than 50 years ago as she sat eating a hot fudge sundae at a drugstore counter at a Wethersfield pharmacy. She can’t recall the name of the store but remembers the proprietor was ‘Honest Angelo.’ The man who would become her husband walked in and caught her eye in the mirror.

‘I was 13; he was 14. We were just instantly attracted to each other,’ she says. ‘He could walk into a room, I could feel his presence, and it was mutual.’

They were married for 41 years and had three daughters. While she worked local, state and eventually national politics and managed two restaurants, he was a manager at United Technologies.

Her first triumph was when she transformed the old, dilapidated Johnny Cake Inn into the magnificent Copper Beech Inn, an exquisite white-tablecloth restaurant regularly earning four stars in the eight years she ran it. Ivoryton Theater actors like Jack Cassidy, Broderick Crawford and Howard Duff were regular devotees.

Not that it was easy.

‘As a woman, I thought I could walk into a bank and have X dollars worth of collateral,’ she says. ‘And I was told ‘We need a signature from your husband.’ I wanted it bad enough, I was willing to get down on my knees and beg.’

And that’s not where her drive ended. She and her daughters scraped wallpaper, her husband helped (‘This man was a genius; he could fix anything’), and McKenzie kept proving people wrong.

‘Liquor and wine salesmen told me: ‘You are never going to sell [Chateau] Lafitte Rothschild at $150 a bottle or Perrier at $1.25 a bottle.’ Well, I sold that Lafitte Rothschild, my maiden name is Perrier, and the rest is history.’

Later, McKenzie developed the Inn at Mill River, a 120-room luxury hotel in Stamford. Then in 1985, she converted the Union League Club in New Haven, built on the site of the historic Roger Sherman home, into Robert Henry’s. That was in honor of her husband, a man she calls the love of her life, who died seven years ago. The restaurant now the Union League, is operated by McKenzie’s daughter, Robin, and her husband, Jean Pierre Vuillerment.

Entertaining runs in the family blood.

McKenzie says she learned her style — and her politics — from her mother, Gertrude, known as Trudy. McKenzie’s father died when she was young.

‘My mother loved to entertain all kinds of people, from the person who bagged groceries at the A&P to the president of the Travelers,’ she said. ‘She always set a great table.’

Her mother also worked on the senatorial campaign of Prescott Bush (father of former President George H.W. Bush) and on Gov. Raymond Baldwin’s campaign. Jo helped her mom by delivering campaign literature, and that’s when she got bitten by the political bug.

McKenzie also could set a great table, and she felt compelled to follow both career tracks. Now they’ve converged in her roles at the governor’s mansion, and she has moved to a new home on Prospect Avenue, not far from the residence.

‘I’ve come full circle,’ said McKenzie, who just sold her Madison home with the help of her businesswomen daughters Robin, Cheri and Tracey. ‘I’m going back to the neighborhood where I went to school [Noah Webster]. It’s funny what life puts in front of you.’

Of course, she’s had to put up with Rowlands’ ‘there goes the neighborhood jokes,’ but she doesn’t mind. She likes where she is in her life and has no intention of changing it.

Will she ever retire?