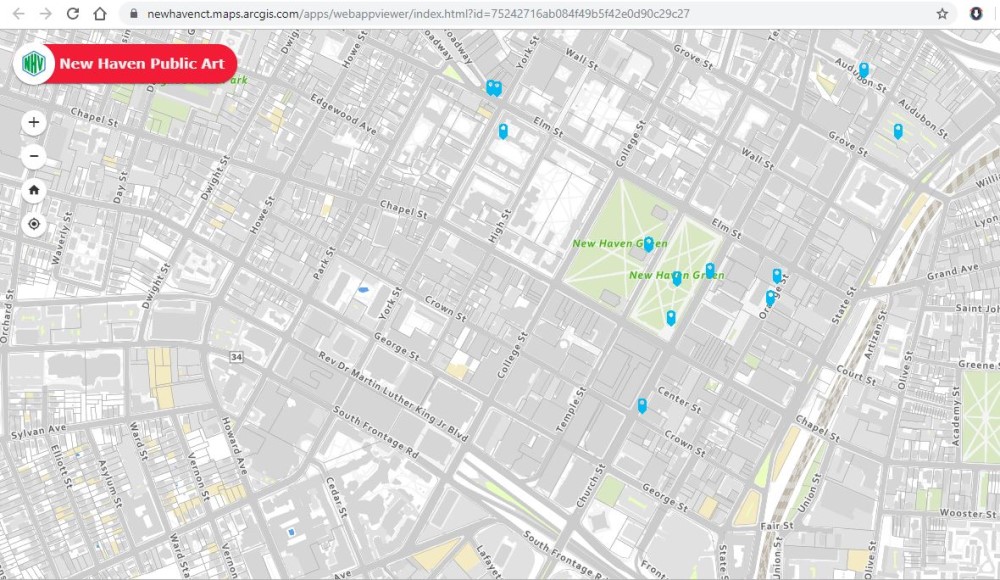 “Of all the distinguished guests with whose names tavern traditions are proudly linked, Washington is of course the most eminent. The tavern that can boast of having given him shelter for a night has ten times the chance of preservation accorded the ordinary old building.

Here we trace carefully the hostelries honoured by the President’s party during his official visit to New Haven. On Saturday, October 17, 1789, Washington wrote in his Diary:

A little after sunrise we left Fairfield and breakfasted at Stratford which is ten miles from Fairfield. At this place I was received with an effort of Military parade and was attended to the Ferry which is near a mile from the center of the Town.

From the ferry is about 3 miles to Milford. We took the lower road through West Haven and arrived at New Haven before two o’ clock. We had time to walk through several parts of the City before Dinner.

The Address of the Assembly was presented at 7 o’ clock and at nine I received another address from the Congregational Clergy of the place. Between the rest of the addresses I received the Compliment of a visit from the Govr. Mr. Huntington the Lieut. Gov. Mr. Wolcott and the Mayor Mr. Roger Sherman.

On Sunday went in the forenoon to the Episcopal church and in the afternoon to one of the Congregational Meeting Houses. Attended to the first by the speaker of the Assembly Mr. Edwards and a Mr. Ingersoll and to the latter by the Governor the Lieut. Governor the Mayor and Speaker.

These gentlemen all dined with me by invitation as did Genl. Huntington at the House of Mr. Brown where I lodged and who keeps a good Tavern. Drank tea at the Mayor’s. At 7 O’ clock in the evening many Officers of this State belonging to the late Continental army called to pay their respects to me.

Roger Sherman’s house is still standing on Chapel street next to the Union League Club building. Its door on that faraway occasion was opened as the President was leaving by Mr. Sherman’s little daughter, Mehetabel.

Washington, putting his hand on her head, remarked kindly, ‘You deserve a better office my little lady.’

‘Yes sir,’ she replied with a courtesy, ‘to let you in.'”
-excerpt of, “Little Pilgrimages Among Old New England Inns: Being an Account of Little Journeys to Various Quaint Inns and Hostelries of Colonial New England,” by Mary Caroline Crawford, 1907. (top) Image courtesy of Massachusetts Historical Society, by way of Digital Public Library of America, “George Washington,” by Christian Gullager, 1789, a life study portrait completed in Portsmouth, New Hampshire. Washington noted the sitting in his diary: “Sat for hours in the forenoon … at the request of Mr. Brick…”

The Roger Sherman Homesite historical marker is found on the front of the Union League Cafe at 1032 Chapel Street. It reads, in part, “Washington Claimed his Friendship and Counsel And was Here His Guest in 1789.”
-Image courtesy of Sathya N., Yelp, 2015

Inside the Union League Cafe, the plaque over the fireplace in the main dining room bears the inscription, “This club house stands on the home lot where Roger Sherman lived and where he entertained George Washington in 1789.”
-Image courtesy of 3rdarm, Instagram, 2019