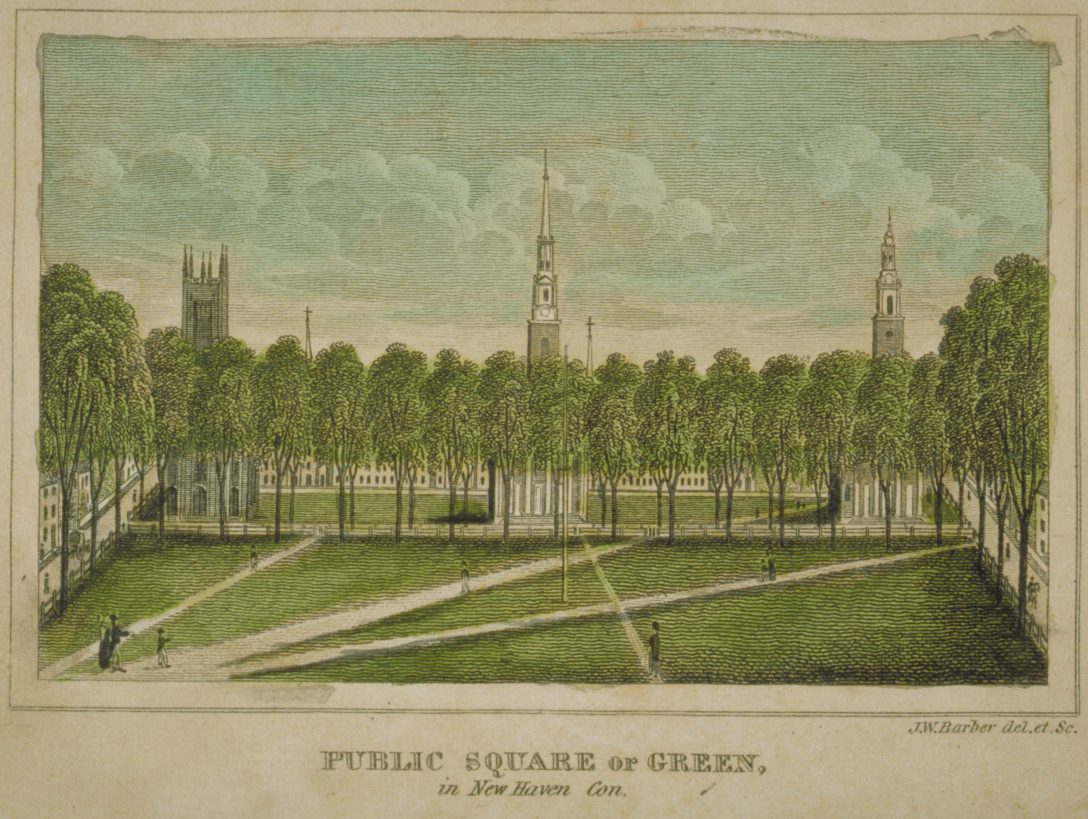 “An example of the double bow-front form is the second Nelson Hotchkiss house at 607 Chapel Street in New Haven. Again the attribution is undocumented, but circumstantial and stylistic evidence ‘strongly suggests Austin.’ Elizabeth Mills Brown dates it to 1854. The bows of the second Hotchkiss house embrace the richly ornamental entry. They are relatively plain, with simply framed trabeated windows and a lambrequin decorative motif beneath the projecting cornice. The doorway has two leaves capped with round arches, while the semicircular overdoor encloses a pair of pointed arches. Stumpy candelabra columns flanking the entry rise to the top of the doors to support elaborate brackets that themselves uphold a projecting glazed bay at the second story.

This is defined at the corners by slimmer candelabra and covered by a flat roof whose deep eaves are edged by another lambrequin border. Examples of this house type in New Haven, none firmly linked to Austin but reasonably attributed to his office, include the extant Nehemiah Sperry house (1857), the Edward Rowland house (1865), and the totally transformed Gaius Warner house (1860, now the Union League Cafe.)”
-excerpt courtesy of, “Henry Austin: In Every Variety of Architectural Style,” by James F. O’Gorman, 2008. (above) Image courtesy of Historic Buildings of Connecticut, “The Hotchkiss-Betts House, built in 1854,” by Dan, 2008