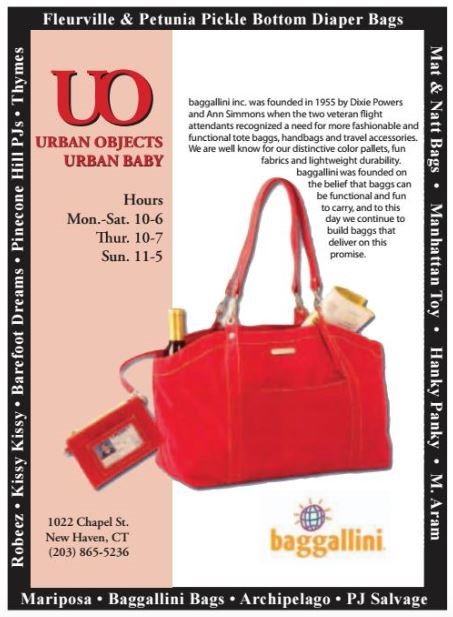 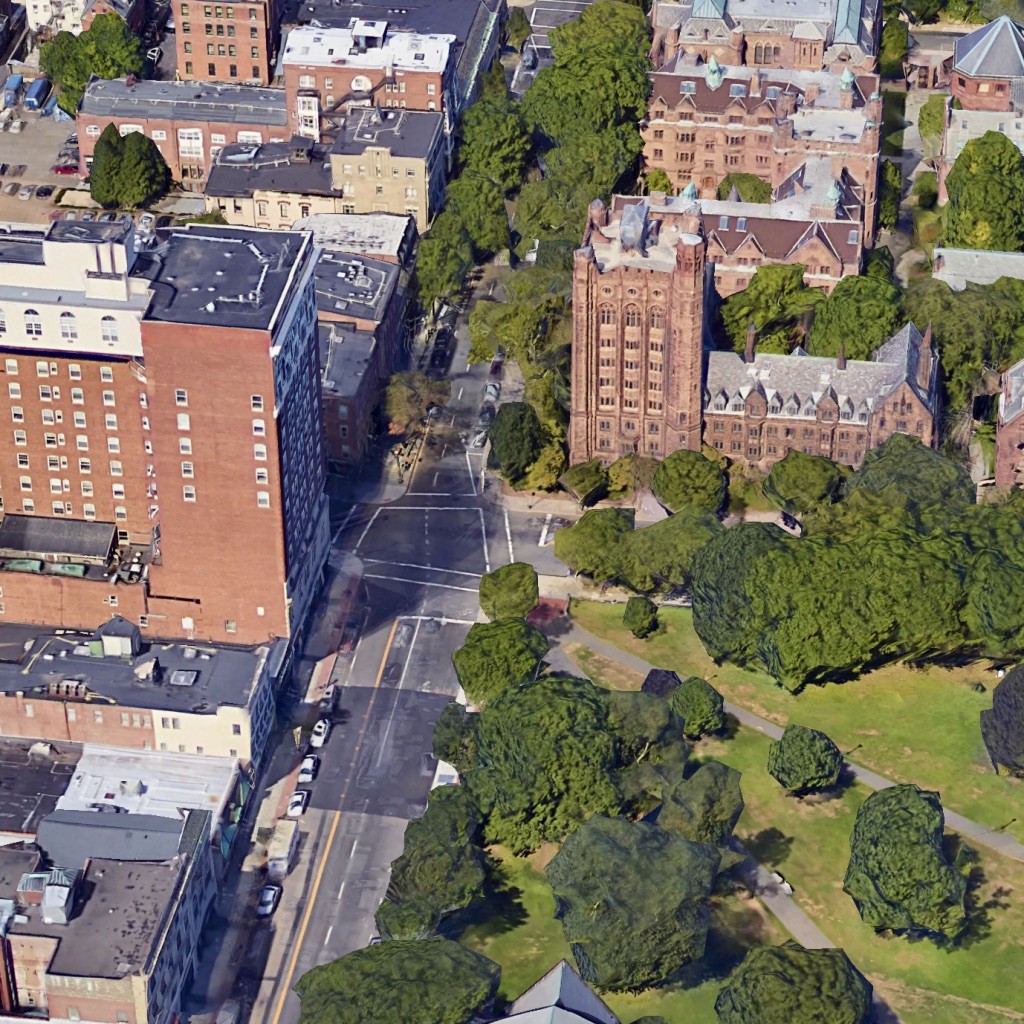 “The term ‘traffic calming’ is a direct translation of the German ‘verkehrsberuhigung.’ It refers to a system of design and management strategies, developed in Europe and widely practiced there, that aims to incorporate vehicle traffic into communities in balance with other uses on streets. It is founded on the idea that streets are places for people to walk, stroll, look, gaze, meet, play, shop and even work alongside, but not dominated by, cars. Narrowing streets or extending sidewalks at corner curbs lessen the impact of motor vehicle traffic by slowing it down, or literally ‘calming’ it. This helps create an environment friendly to people on foot. It represents a different approach from treating the street only as a conduit for vehicles. Its objective is not to speed traffic through town, but to help create human-scale places that foster a strong sense of community…

Traffic calming started in The Netherlands in the 1970s. The Dutch government was seeking a way to reduce the impact of traffic on small urban residential streets without banning vehicles completely. The result was the ‘woonerf,’ in translation, the ‘living yard,’ a shared space where drivers move at the same speed as walkers. The ‘woonerf’s’ design allows people to walk or relax, children to play, bicycles and cars to pass, all in the same space at the same time. It makes no distinction between sidewalk and street. Various pavement textures and physical structures, like seating, play equipment, trees, planters and parking spots, define and divert pathways and alter sight lines, slowing down vehicles while providing a pleasant and usable environment for those not in cars…

At the southern border of Yale University sits a small neighborhood that belies the common image of New Haven as a struggling inner city. This enclave, referred to as the College / Chapel District, encompasses two pleasant, people-filled blocks with a lively diversified environment. The traditional look and feel of this downtown area gives the impression that it has existed this way for many, many years. Actually, its condition today is primarily the result of the efforts of one private developer, working in cooperation with the City.

Until the early 1960s, the area was considered to be one of the most popular places in town, with several theaters and shops, as well as a residential population, but by the early 1980s, the buildings were 95 percent vacant, most residents were gone, and on one corner, sat a single room occupancy facility. A few deserted theaters remained from New Haven’s heyday as a ‘tryout’ venue for Broadway-bound shows.

Believing that the area could be renewed with the theaters as anchors, developer Joel Schiavone embarked on an unusual endeavor by privately financing the purchase of buildings and taking on the full responsibility of rehabilitation, leasing and public-space management. Although it was hoped that the refurbished theaters would help revive the city’s cultural life, the project was not conceived as a theater district. Rather, it was seen as a way to create an active, downtown mixed-use neighborhood.

Development work, chiefly the renovation of old and historic structures, began in 1982 and continued through 1984. The preservation and restoration of existing buildings have helped maintain the area’s traditional character. The owners’ leasing policy has been another strong influence on the retention of an ambience from a bygone era. During renovations, efforts were made to retain existing tenants, such as a cigar store and health food restaurant. Schiavone’s leasing emphasis has always been on locally owned and operated retail stores. Retail shops include a jeweler, a bicycle store and a coffee shop with outside seating that has become the local ‘hangout.’

Another important component has been the introduction of streetscape improvements. Implemented by New Haven’s transportation department in 1983, the improvements include wider sidewalks, extensions at their corners and parallel parking on both sides of the street, leaving two lanes of traffic. Brick pavers were installed in the crosswalks and along the perimeters of some sidewalks. Trees, benches, bike racks, trash dispensers, special lighting, plantings and public art were added. Three outdoor cafés now occupy the extended sidewalk and a newspaper stand has opened on a corner.

The College / Chapel District today is a well-used, mixed-use area that includes housing, retail stores, restaurants and commercial tenants in upper-level offices. Over 100 restaurants draw people from outside the neighborhood for a variety of dining experiences and for pre-theater dinners on the weekend. Several theaters have been completely rehabilitated. The Shubert stages Broadway shows, opera, dance, musical concerts and family entertainment. The Palace stages a full range of concerts and special events. A number of bars and nightclubs adds to the area’s liveliness on weekend nights.

At most times of the day and night, the neighborhood is busy with residents, office workers, shoppers, students and visitors. Where few people once had reason to come, thousands now come to dine, attend shows, shop, socialize, work and walk around. Many Yale students walk to the district. Many people ride in on their bicycles. Police maintain a presence, although crime is rare. A full-time maintenance crew, paid for by the tenants’ common-area charges, helps to sustain the area’s image as a viable and secure place, while keeping it running smoothly.

The district continues to be managed by Schiavone with little direct assistance from the City. In Schiavone’s estimation, a centralized management and leasing approach, with one committed organization in charge, is what has ensured the success of this area and its high standard of quality.”
-Excerpt courtesy of the Project for Public Space, Inc., “Streets as Places,” 2008. (top) Image courtesy of Medium, The Social Life Project, “Starting at the Corner: A New Haven Success Story,” by Fred Kent and Kathy Madden, October 28, 2019

“In 1970 New Haven, Connecticut, looked increasingly battered. Joel Schiavone — a banjo-playing businessman and sometime Republican candidate for governor — bought these properties on the corner of Church and Chapel Streets adjacent to Yale University. This reinvigorated the whole block, and then the street, and changed the perception of Chapel Street and the interface with Yale University.

The key was widening the sidewalk at the corner by providing flexible space for a variety of activities like outdoor seating, displays and other retail activity. This was accomplished by narrowing vehicle lanes on the street to 9 1/2 feet while still accommodating parking, and significantly slowing down the traffic. It also created the defacto entrance to Yale from the downtown.

Narrowing the width of streets surrounding the New Haven Green — which is now marooned amid a sea of pavement — could restore this 16-acre refuge to its rightful role as the center of town. This would have a positive effect on the entire city and draw attention to New Haven as the epitome of a New England community.”
-Excerpt and images courtesy of Medium, The Social Life Project, “Starting at the Corner: A New Haven Success Story,” by Fred Kent and Kathy Madden, October 28, 2019