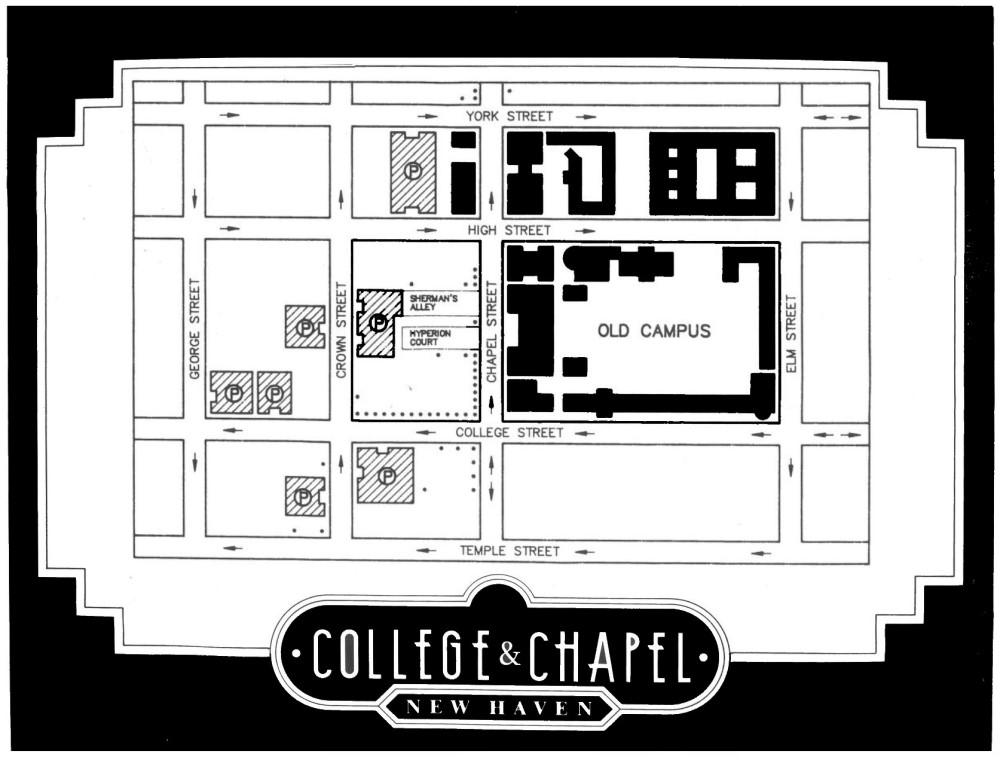 “Acclaimed photographer Gregory Crewdson ART ’88, who directs the graduate program in photography at the School of Art, met poet and theorist Richard Deming, Senior Lecturer in English and Director of Creative Writing, when they co-planned a visit to Yale by the photographer Thomas Struth last spring. The two professors got together one Wednesday afternoon for a conversation at the Study on Chapel Street…

C: I’m the most routine person there is. My life is best when it’s completely regimented.  I have coffee at the same place; I’m a religious swimmer so I swim every single day. I don’t make a distinction between my life and my art. Making the same dinner every night is part of my artwork. And I’m unlike you in that the time that I’m actually making pictures is very limited — I’d say a couple times a year, to get a whole production going.  So there’s a lot of — not downtime — but there’s a lot of time that you’re not making pictures. I’ve often said that my life is divided between pre-production, production — when I’m making pictures, for a short period of time — and post-production. That’s a very different way of working than a writer who’ll write every day or a painter who’ll go to their studio and paint every day.

D: There are periods where I have to write a certain amount every day to produce, to get something in for a deadline, and then for me it’s a word count. What I learned in music school is that not only do you practice every day but you have to practice at the same time, because your muscles know, better than you, that you’re about to start doing that, and when you hit that room you’re more likely to be in the mode to do it. And then fortune favors the prepared mind — if the conditions are right, that stuff might come. And it might not—and that’s the thing, too, about doing it every day, you get used to the fact that not every day is going to be a good day. Although I know nothing about baseball, I know that .500 is an amazing average and you’re only hitting half the time.

C: I’ve been very clearly shaped by movies, but now I’m in this weird thing where my pictures are influencing movies. There’s been a lot of talk recently about the idea of me making a movie, which I never say no and I never say yes.

D: That would be interesting.

C: It’s seductive, but I don’t think in terms of moving images, so it would be hard for me.  But there are conversations happening. I don’t think I’ll ever make a movie … I’ll say no at the last minute.

D: This happened last fall and the fall before: I’m at the Union League with a visiting writer and some colleagues, and I’m sitting in the window and it’s late fall and I look out —

D: — and there’s a streetlight on Chapel, and there’s the leaves, and I think — two years in a row, it’s happened — this looks like one of Gregory’s photographs. Which is interesting because people talk about your work’s engagement with film, which is absolutely [important to me], but what was interesting to me was that, nope, his work has shaped not my sense of film but my sense of the real world. Which is I think what great art does, it gives you a way of seeing the world anew.”
-Excerpt courtesy of Yale Daily News Magazine, Vol. XLII, No. 4, “In conversation: Gregory Crewdson and Richard Deming,” by Gideon Broshy, March, 2015. (top) Image courtesy of Flickr, “Union League Cafe,” by Ballroompics, 2016